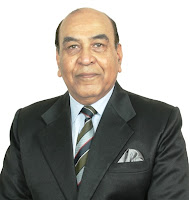 How prone is India to landslides?

India is ecologically challenged by the phenomenon of landslides. According to the Geological Survey of India (GSI), about 12.6% of our land area is prone to landslides which translates to 24 States in India. The common perception is that most of this would be concentrated in the Himalayan belt, and looking at the risk mapping of landslide prone areas, the Himalayas do emerge as the most risk prone area. But, India has a fairly large percentage of area which is prone to landslides, such as in central India, the Vindhyas; the Western Ghats & Nilgiris, the Eastern Ghats and even the Andaman and Nicobar Islands.

How can we reduce the risk of landslides in India from the perspective of disaster management agencies?

From the mitigation angle, a scientific approach has been adopted, particularly with multi-hazard risk mapping. In the domain of landslides, early-warning is still relatively less developed, however, the development of remote sensing and artificial intelligence are helping in this regard.

The important aspect in reducing the risk of landslides is the last-mile connectivity, which means preparing the communities for landslides by giving them an early-warning and generating awareness with regards to the impending disaster.

What are the key initiatives by NDMA for mitigating the danger from landslides?

One of the hazards which is receiving the maximum attention after COVID-19 at the moment, is landslides. This is due to the ecologically fragile Himalayan region and other regions. It is very important for NDMA to always be on top of the situation and work towards mitigating the threat of landslides.

In this regard, NDMA had released the ‘National Landslide Risk Management Strategy’ in September, 2019. The strategy document is fulfilling the fifth target of Sendai Framework for Disaster Risk Reduction (2015-30) i.e., to substantially increase the number of countries with national and local disaster risk reduction strategies by 2020.

The Strategy document addresses all the components of landslide disaster risk reduction and management such as hazard mapping, monitoring and early warning system, awareness programmes, capacity building and training, regulations and policies, stabilization and mitigation of landslide etc.

NDMA has also launched pilot projects such as ‘Landslide Risk Mitigation Scheme (LRMS)’ to demonstrate benefits of landslide mitigation, provide financial and technical assistance to States of Sikkim, Mizoram, Nagaland and Uttarakhand for mitigation of site-specific landslides and to build their capacity.

What are the emerging technological trends to overcome the challenges of reducing the losses to landslides?

Artificial Intelligence (AI) is a contributing factor which is still evolving at the moment. Machine Learning and AI can give tremendous amounts of modelling. Using remote sensors, one can understand the most landslide risk prone areas, which helps one in the overall hazard mapping in the zones which are prone to landslides.

One pilot project conducted by NDMA in collaboration with IIT Mandi and Defense Terrain Research Laboratory (DTRL)-DRDO (New Delhi) is ‘low-cost landslide monitoring solution.’ Under this project, low cost sensors and other instruments for landslide monitoring through Micro- Electro–Mechanical Systems (MEMS) based sensors technology is developed with the application of Artificial Intelligence, Machine Learning and Internet of Things (IoTs). Making use of modern day communication,with machine modelling of hazard warnings is going to emerge in the near future.

How can communities and individuals contribute in reducing landslide risk?

One of the ways communities and individuals can contribute in reducing landslide risk is through awareness and preparedness. The best knowledge of any potential hazard always exists in the local community because there is a historical pass down of information. However, there is a need to create the inquisitiveness among the communities to be fully aware of the upcoming scientific methodologies by which early warnings are given. This can be done through different awareness platforms including social media.

NDMA through its Aapda Mitra programme, gives importance to building resilience among community members by training volunteers to be first responders during a disaster. The risk of landslides can also be reduced through mindful citizen actions, local interventions and methods. Along with that local authorities and bodies must also understand their role and responsibilities in the enforcement of regulations and codes in construction practices such as houses, roads and other infrastructure in hilly terrain with involvement of local communities.