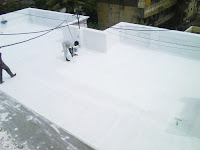 For a cooler home during Heatwave? #BeatTheHeatIndia It may not be possible to halt the onslaught of a heat wave but it is very well possible to reduce its effects. Here are some simple, effective and low-cost solutions to ensure your home stays cool through the scorching summers: - Use solar-reflective white paint and cool roof technology. It will reflect more sunlight and absorb less heat, thus reducing the amount of heat conducted to your home. Studies have shown that cool roofs can be up to 30 degrees Celsius cooler than conventional roofs and can bring the indoor temperatures down by 3-5 degrees Celsius. - Use dark colour curtains, tinted glass/ shutters or sunshade through the day. Keep your windows, especially those right opposite another, open during mornings and late evenings when the air is comparatively cooler. - Go for green roofs, green walls and indoor plants. They reduce heat by cooling the building naturally and reducing air-conditioning requirements.
Post a Comment
Read more
February 28, 2020 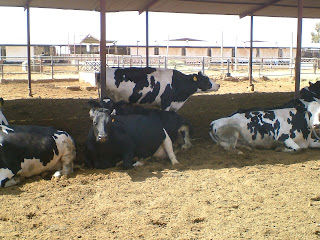 How to care for cattle during a heatwave? #BeatTheHeatIndia Extreme heat causes significant stress to livestock. Keeping an eye on weather forecasts and developing a mitigation plan for the heatwave season is crucial to their well-being. Use these simple tips to keep them safe during a heatwave. - Keep animals in shade and give them plenty of clean and cold water to drink. Water intake increases 40 to 50 per cent during the summers. - Do not make them work between 11am to 4pm. - Cover the shed roof with straw, paint it white or plaster with dung-mud to reduce temperature. - Use fans, water spray and foggers in the shed. - During extreme heat, spray water and take cattle to a water body to cool off. - Give them green grass, protein-fat bypass supplement, mineral mixture and salt. Make them graze during cooler hours. - In case of sunstroke, take them to a veterinary hospital immediately. 1. Comments will be moderated by NDMA'seditorial team. 2. Comments th
Post a Comment
Read more
February 28, 2020 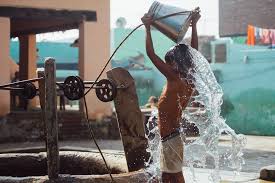 PREPARING FOR HEAT WAVE 2020 #BeatTheHeatIndia What is a heat wave? Heat wave is a period of abnormally high temperatures, more than the normal maximum temperature that occurs during the pre-monsoon (April to June) summer season. The extreme temperatures and resultant atmospheric conditions adversely affect people living in regions reeling under heat wave conditions as they may cause dehydration, heat exhaustion , physiological stress and sometimes even death. Heat wave develops gradually, adversely affects humans, animals, crops and even causes death. In fact, it has emerged as one of the major severe weather events around the globe in recent years. The years 2015, 2016, 2017 and 2018 have been confirmed as the four warmest years on record. In 2019, unlike earlier years, even night temperatures refused to come down. India too is experiencing increased instances of heat waves every year - 23 States were affected by heat waves in 2019, up from 19 in 2018. Many citi
Post a Comment
Read more
February 28, 2020

Meeting on Prevention and Elimination of Emergency Situations The tenth Meeting of the Heads of Departments of Member States of the Shanghai Cooperation Organization, dealing with prevention and elimination of emergency situations, was held in New Delhi on November 8, 2019. The meeting was chaired by the Union Minister of Home Affairs, Shri Amit Shah. The delegation heads delivered reports on the major emergencies that happened in the SCO Member States. They also exchanged opinions on future cooperation in Prevention and Elimination of Emergency Situations within the SCO framework. Based on these reports, the parties agreed on the need to step up their joint efforts to strengthen cooperation and provide assistance in the field of Prevention of Emergency Situations and provide assistance. They would continue to promote their interaction to implement the agreements reached within the framework of the organization. The Action Plan to implement the intergovernmental SCO agreemen
Post a Comment
Read more
February 28, 2020 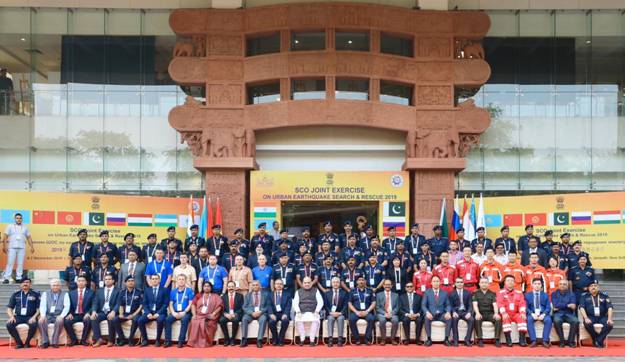 SCO Joint Exercise -2019 Approximately 40% of the global population lives in the region that forms the Shanghai Cooperation Organisation. With about 22% of the global geographical area, the region contributes 20 % to the global GDP. As the region represents today's fastest growing economies in the world, it is natural that SCO countries - Republic of India, Republic of Kazakhstan, the People’s Republic of China, the Kyrgyz Republic, the Islamic Republic of Pakistan, the Russian Federation, the Republic of Tajikistan and the Republic of Uzbekistan - come together to reduce their disaster risks. During the 9th meeting of the Heads of Departments of SCO countries dealing with the prevention and elimination of emergency situations , held at Kyrgyzstan in August, 2017, India volunteered to organize the "Shanghai Cooperation Organization Joint Exercise on Urban Earthquake Search & Rescue- 2019" for the region. In line with that, a four-day exercise was conduct
Post a Comment
Read more
February 24, 2020 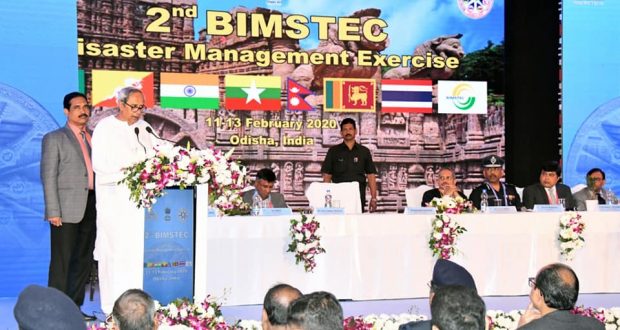 BIMSTEC Disaster Management Exercise 2020 Natural hazards transcend national boundaries. So do disasters. This is even truer for nations which share common geological formations and river basins. One such group of nations is the Bay of Bengal Initiative for Multi-Sectoral Technical and Economic Cooperation (BIMSTEC) comprising Bangladesh, Bhutan, India, Nepal, Sri Lanka Myanmar and Thailand. The region is home to about 1.5 billion people which is roughly around 22 per cent of the global population. It has a combined gross domestic product (GDP) of US$ 2.7 trillion. As the region is exposed to a variety of hazards, it is imperative that these countries come together to reduce their disaster risks. Eighty delegates from five-member nations - India, Bangladesh, Nepal, Sri Lanka and Myanmar - came together for the second annual BIMSTEC disaster management exercise in February 2020. The three-day exercise on flood rescue was conducted by the National Disaster Response Fo
Post a Comment
Read more
February 17, 2020 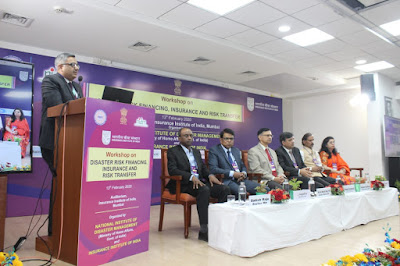 Workshop on Disaster Risk Financing, Insurance and Risk Transfer To focus on Investment in DRR and Disaster Risk Coverage for All Natural disasters generate significant fiscal risks, severely impacting developing countries.  A robust disaster risk management programme is essential to strengthen their financial resilience. “Work towards risk coverage for all - starting from poor households to SMEs to multi-national corporations to nation states,” says the second point in the Prime Minister’s ten-point agenda on Disaster Risk Reduction, announced in his inaugural speech at the Asian Ministerial Conference on Disaster Risk Reduction (AMCDRR) 2016. Also, the third priority in the Sendai Framework for Disaster Risk Reduction 2015-2030 focuses on  “Investing in Disaster Risk Reduction (DRR) for Resilience”. To discuss the issues and challenges faced by different stakeholders in assessing insurance along with the capacity gap in undertaking such initiatives, National Institute
Post a Comment
Read more
February 07, 2020 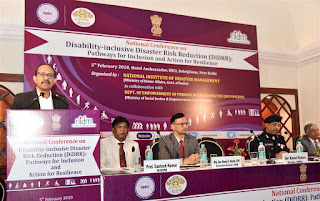 Conference on Disability-Inclusive DRR A national-level conference on Disability-inclusive Disaster Risk Reduction: Pathways for Inclusion and Action for Resilience was organised by National Institute of Disaster Management (NIDM) on February 5, 2020, in New Delhi. The conference was organised in collaboration with the Department of Empowerment of Persons with Disabilities (DEPwD), Ministry of Social Justice and Empowerment (MoSJE), in a run-up to the National Platform for Disaster Risk Reduction (NPDRR) scheduled to be held in May 2020. The conference aimed to bring together all stakeholders from Disaster Risk Reduction (DRR) and disability inclusion to deliberate on actions and strategies for mainstreaming disability-inclusion in the DRR process. Three technical sessions - Disability inclusion in DRR: Need for a Holistic Approach, Mainstreaming Action in Local level Action and Participation of PwDs in Disaster Risk Reduction Process - were held. Disasters affect persons
Post a Comment
Read more
More posts