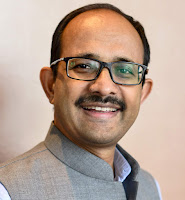 To give an impetus to the global CDRI, two International Workshops on Disaster Resilient Infrastructure were held in 2018 and 2019, respectively, in New Delhi. Both the workshops saw participation from around the globe.

All the efforts culminated at the United Nations Secretary General’s Climate Action Summit in New York when Shri Modi on September 23 2019 announced the launch of the Coalition for Disaster Resilient Infrastructure (CDRI) and invited all Member States of the UN to join it.

Aapda Samvaad spoke with Shri Kamal Kishore, Member, NDMA, who is spearheading this coalition to know more. Some excerpts:

Q. Please tell us about CDRI in some detail.

A. CDRI is a knowledge and capacity development platform where developing countries will benefit from access to know-how and developed countries that are in a phase of replacing their own infrastructure will learn from the new methods and approaches that are being adopted.

It will bring together both developed and developing countries around the theme of resilience of infrastructure.

Hon'ble Prime Minister announcement about the launch of the coalition was followed by a special event held at the margins of the Sustainable Development Goal Summit on September 25 2019. The special event was chaired by Minister of Environment, Forest and Climate Change Shri Prakash Javadekar and co-chaired by Mami Mizutori, Special Representative of the Secretary-General for Disaster Risk Reduction in the United Nations Office for Disaster Risk Reduction.

High-level officials from Japan, the United States, the United Kingdom, Australia, Turkey, Bhutan, Qatar, the Maldives among others participated in the special event. In addition, various multilateral organisations World Bank, United Nations Development Programme, the Global Commission for Adaptation also attended the event. All of them supported the idea of a CDRI and expressed their desire to work closely as a part of the CDRI. In fact, a number of countries present at the meeting expressed their desire to be founding members of the CDRI.

Q. How is this coalition different from other global initiatives on DRR?

A. CDRI is one of the first initiatives that work at the intersection of Climate Change, DRR and Infrastructure Development. It's an initiative that will bring together a range of stakeholders towards building the resilience of infrastructure systems worldwide. Many global initiatives are focussed on either South-South cooperation or transfer of technology and know-how from North to South. CDRI is a multidirectional initiative so that everyone can learn from everyone and are in it together.

We look at infrastructure as not just assets but as a system in which no country can work alone. This is because in an interconnected world, infrastructure systems are connected globally and the shipping industry is only as resilient as the weakest port in the network. 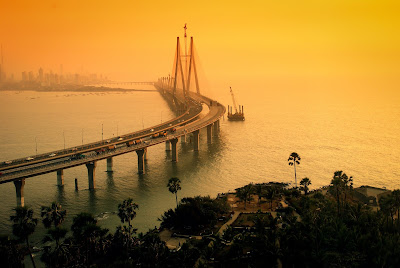 Q. What are the specific infrastructure classes that the coalition would focus on?

Q. Why is the coalition important for India?

A. First of all, this will help us connect with the state-of-the-art knowledge. We would be able to co-create new knowledge with other actors in this space. At the same time, it will also be an opportunity for us to share the lessons that we are learning through infrastructure development in our country.

A huge portion of the future infrastructure development is likely to take place in India and China. Consequently, there will be a lot of learning. In that sense, we have an opportunity to get it right and lock in resilience as opposed to risk in these infrastructure systems. We can also engage with the rest of the world and share lessons that we learn along the way.

In sum total, we will benefit in terms of knowledge and capacity, and will be able to contribute to the global system of infrastructure development. 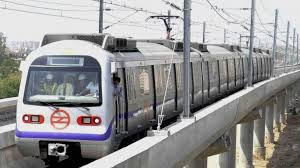 Q. Any remarkable examples of disaster-resilient infrastructure in India.

A. A very topical example is the underground cabling of power systems in a few towns in Odisha. Wherever it was done, the electricity connection was up and running within days after the recent Cyclone Fani. Restoration of power took much longer in other parts of the State. Yet another example is the Delhi Metro. It could pick up the seismic signals when the Nepal Earthquake struck in 2015 and all trains plying then stopped almost instantaneously. However, a lot more needs to be done.

Q. How are we integrating DRR in smaller infrastructure projects?

A. The standards for smaller infrastructure projects have to take into account the hazard context in which they are being built. They have to now begin to look at how will they operate in an environment of uncertainty emanating from climate change. Also, there is a lot of focus on looking at how resilient an infrastructure asset is but we need to look at how it creates or reduces downstream risk or the criticality of that infrastructure in different portions. Say, for example, there may be a resilient, built to standards road network but there may be some portions of that network which are more critical because we don't have any redundancy. In those portions, our risk tolerance would be even lower. Therefore, one would expect them to be built to even higher standards.

Q. How will CDRI play a role in making these smaller infrastructure projects resilient?


A. CDRI will act as a knowledge and capacity development platform. It will also act as a clearinghouse of the latest knowledge on resilient infrastructure, and by sharing the same with stakeholders involved in the infrastructure sector in the country.


1. Comments will be moderated by NDMA'seditorial team. 2. Comments that are abusive, personal, incendiary or irrelevant cannot be published. 3. Please write complete sentences. Do not type comments in all capital letters, or in all lower case letters, or using abbreviated text. (example: u cannot substitute for you, d is not 'the', n is not 'and'). 4. We may remove hyperlinks within comments. 5. Please use a genuine email ID and provide your name, to avoid rejection.