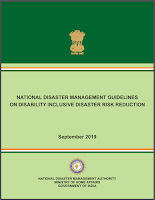 - Prof. Asha Hans, Shanta Memorial Rehabilitation Centre, Odisha*
At its 15th Formation Day on September 27, 2019,  the National Disaster Management Authority released the National Guidelines on Disability Inclusive Disaster Risk Reduction in an important move towards inclusion and ‘leaving no one behind’. With this, India became the first country in the world to come out with such guidelines. This major step is a part of the Government of India's policy to address concerns of its 2.68 crores persons with disabilities. These Guidelines were released by the Union Minister of State for Home Affairs, Shri G. Kishan Reddy. Together with the Guidelines, a series of awareness generation videos with tips on how to survive a disaster with Indian Sign Language was also made available to the public.
These Guidelines were drawn up after extensive consultations with various stakeholders, especially persons…
Post a comment
Read more
October 10, 2019 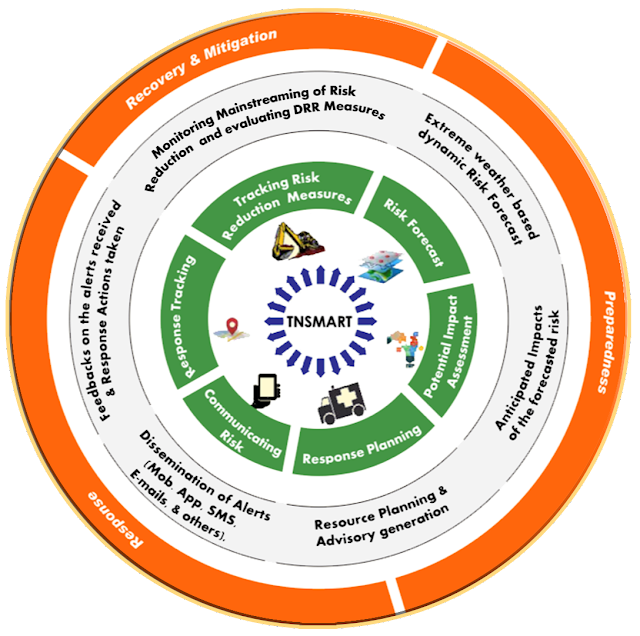 Log in to TNSMART for real-time flood alerts
TN SMART (Tamil Nadu System for Multi-Hazard Potential Impact Assessment and Emergency Response Tracking), a web-based system to strengthen preparedness, response, and mitigation measures for multiple hazards such as Flood, Cyclone and  Tsunami, Lightning, etc, was launched by Tamil Nadu on October 26, 2018.
The system has been developed jointly by the Department of Revenue Administration and Disaster Management, Government of Tamil Nadu and Tamil Nadu Disaster Management Authority with support from RIMES Regional Integrated Multi-hazard Early Warning System (RIMES), Thailand, in a record time of one year.
One of the significant aspects of the system is the fact that it is aligned with priority areas set forth in Global Frameworks (the Sendai Framework, World MeteorologicalOrganization’s Global Framework for Climate Services and SustainableDevelopment Goals) as well as Tamil Nadu State Disaster Management PerspectivePlan 2018-2030.
TN-SMART als…
6 comments
Read more
October 09, 2019 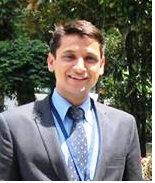 Rudraprayag in Uttarakhand falls in the high-risk seismic zone. Given its geographical and climatic conditions, the district also faces the risk of landslides, cloud bursts and Glacial Lake Outburst Floods. The districts boasts of several tourist attractions, including the Kedarnath Temple, and draws pilgrims from the world over. The district formed a District Disaster Response Force in March 2018 to ensure swift and efficient disaster response. Aapda Samvaad spoke with Shri Mangesh Ghildiyal, District Magistrate, Rudraprayag, who was instrumental in setting up this Force.
Q. Why was this Force created?
A. Rudraprayag is prone to multiple hazards like earthquakes, landslides, forest fires and cloud bursts. In 2013, a glacial lake outburst in Kedarnath resulted in a significant loss of lives and property. The district is also home to various touristic and religious places which results in a large influx of touri…
Post a comment
Read more
More posts