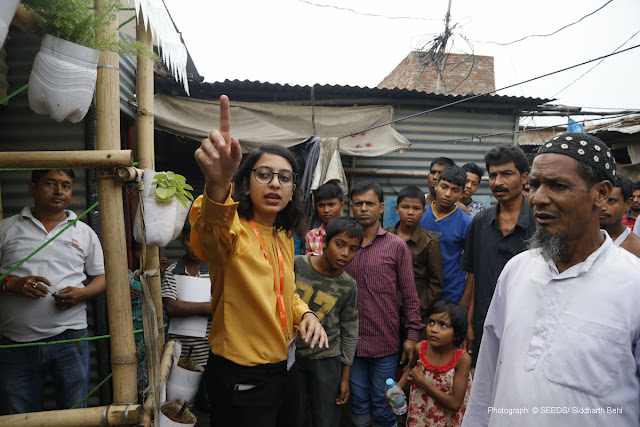 NOBODY LIKES IT HOT Beating the heat with micro-innovations -  Shivani Raina, Architect, SEEDS                                                   SEEDS volunteer at a community feedback event at Masudpur slum. When summer is at its peak, what happens to those living in informal settlements? Slums are  categorised as high risk for heatwaves in India due to occupation, built environment and poor health ( NDMA 2016).  A first look at what makes slum houses vulnerable to heatwaves revealed the typical tin house for what it is—a hot metal box clad incombustible materials. The temperature inside could easily reach 51⁰C, a far cry from ideal temperatures to stay comfortable.  The story of heatwave vulnerability, however, is not about the tin house but about the people who live in them. The residents of Masudpur slum of Vasant Kunj in Delhi, for example, said that summer was the most difficult time of the year.  It was when their children fell ill and their electricity bill
Post a Comment
Read more
August 29, 2019 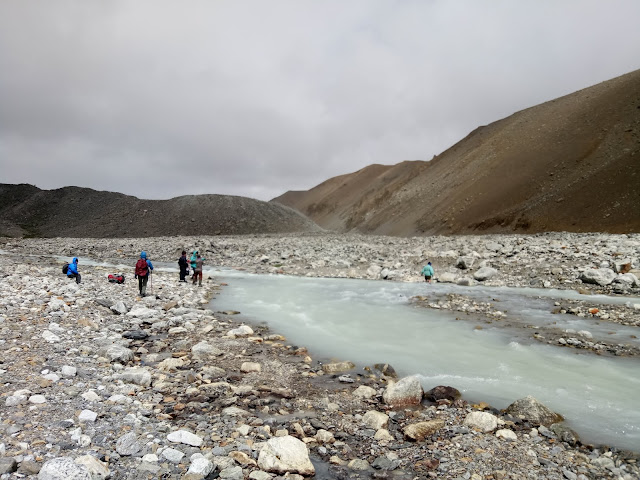 Addressing  Glacial Hazards and Risks Glaciers in the Indian Himalayan Region are the source of life and livelihood for millions of people who rely on rivers that originate from its peaks. The country is facing a severe water crisis, and rapid changes in the glacial and permafrost environments is worrying. Over the years, the thinning and retreating of Himalayan glaciers has resulted in the formation of new glacial lakes and enlargement of existing ones. With shrinking glaciers, expanding glacial lakes and altered stability of surrounding moraines and ice walls, the potential threat of Glacial Lake Outburst Floods (GLOFs) is evolving over time. GLOFs refer to the sudden discharge of a water reservoir that has formed either underneath, at the side, in front, within, or on the surface of a glacier. Jammu and Kashmir, Ladakh, Himachal Pradesh, Uttarakhand, Sikkim and Arunachal Pradesh are the regions most vulnerable to glacial hazards. A media report calls a GLOF "a ticki
Post a Comment
Read more
More posts