Kumbh Mela 2019, the largest public gathering and collective act of faith, anywhere in the world, is happening from January 15 to March 04, 2019. It draws tens of millions of pilgrims to bathe at the conﬂuence of the Ganga, the Yamuna, and the mystical Sarasvati. The National Disaster Management Authority (NDMA) in collaboration with the Uttar Pradesh State Disaster Management Authority (UPSDMA) conducted a mock exercise to test emergency preparedness and strengthen response mechanisms. 'Aapda Samvaad' spoke with NDMA's Maj. Gen. V. K. Datta (Retd.) to know more about the Kumbh Mela Mock Exercise.

Q. What were the salient features of this mock exercise? 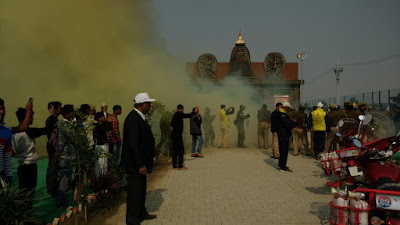 A. All kinds of scenarios that could occur during a mass public gathering of the scale of the Ardh Kumbh were simulated during two mock exercises that were held one after the other. The first exercise was held in December 2018. It was preceded by a coordination conference where stakeholder agencies presented their plans.  These plans were reviewed by the NDMA team, headed by Lt. Gen. N. C. Marwah (Retd.), Member, NDMA, so that gaps, if any, could be rectified.

Issues such as the fear of stampedes at multiple locations - one triggered by the other, chances of fire in tented areas where pandals of various akharas are erected or where international visitors are staying, drowning in the river during bathing, terrorist attack, and bomb or LPG explosions were taken into consideration. All the response agencies were sensitised about these issues before the conduct of this exercise. However, it was found later that some agencies could not participate. Therefore, on the request of the State government, yet another exercise was conducted on January 11, 2019 where all the stakeholder agencies participated and observations made after the first exercise were also implemented. Some additional scenarios were also incorporated during the second exercise with an aim was to exercise all the Emergency Support Functions (ESFs).

As a result, the Kumbh Mela at Prayagraj has run successfully so far and will hopefully remain so till the culmination of the event in March.

Q. How was this exercise different from other Kumbh Mock Exercises conducted previously?

A. This exercise, like every other, was very comprehensive. In fact, NDMA has been guiding various State governments on the conduct of mass public gathering events. NDMA reviews arrangements and issues advisories for such events. This exercise was bigger than other such exercises conducted so far. Also, the basics such as positioning of various stakeholders, an Integrated Command Control Centre and efficient infrastructure was already in place. NDMA had to guide the stakeholders on Unified Command, inter-agency coordination, communication systems, Incident Response System (IRS) for the management of the event.

Q. Please explain the role of NDMA in the exercise briefly. 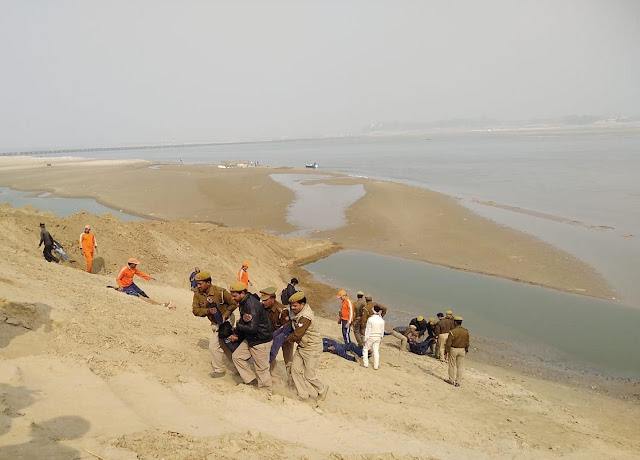