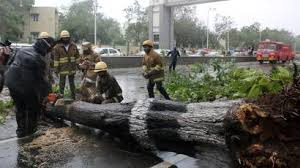 Why Vardah failed to wreak havoc? - Dr. K. Satyagopal State Relief Commissioner, Tamil Nadu In December 2015, Chennai was taken by surprise with unabated rainfall submerging large parts of the city bringing it to a standstill. The catastrophe was due to excessive rainfall in the upstream rivers to the extent of 68 cm within 48 hours (as against an annual rainfall of 63 cm during the entire northeast monsoon in Kancheepuram District) and the problem was compounded due to encroachments in water courses, on river banks and constructions in ﬂood plains. However, some quarters opined that the preparedness could have been much more elaborate to face extreme weather events. A year later, in December 2016, the city was face-to-face with another extreme weather event, the tropical Cyclone Vardah. This time around, the government had put in place preparedness measures to deal with any freak rainfall, ﬂooding, cloudburst, drought or cyclonic storm incident well in advance
1 comment
Read more
December 03, 2018 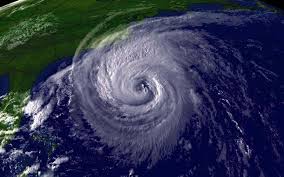 Cyclone Titli During October 2018, two very severe cyclones were formed on the two sides of the Indian mainland - Luban in the Arabian Sea (7-13 October) and Titli in the Bay of Bengal (6-14 October) - in what the India Meteorological Department called one of the "rarest of rare" occurences given the unique movement of both these cyclones. While Titli changed its direction and moved towards the northeast after making a landfall at Gopalpur in Odisha, Luban took multiple recurvatures before making a landfall on the Gulf coast.  Even as Titli  continued to batter out coastline with strong winds speed touching close  to 149 kmph , torrential rain and a metre high storm surge, a prepared Odisha administration was all set to dampen its spirits. It had set for itself the target of 'zero  casualty' . Around 3,00,000 people from low-lying areas and kuchchha houses, especially in ﬁve coastal districts of Ganjam, Puri, Jagatasinghpur, Khurda and Kendr
Post a comment
Read more
More posts