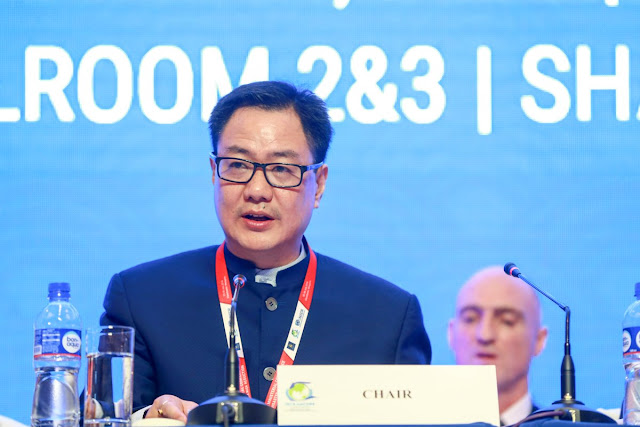 Q. Tell us about your experience at AMCDRR 2018.

A. The journey from AMCDRR 2016, which was held in New Delhi, to Ulaanbaatar this year has been a wonderful experience. A lot of progress has been made in different areas of DRR during these years. The AMCDRR 2018 gave a new impetus to our efforts towards the same.

The targets enshrined in the Sendai Framework for Disaster Risk Reduction (SFDRR) 2015-2030 are closely linked with the Sustainable Development Goals. These can be achieved only if we mitigate losses - both in terms of lives and livelihoods, create resilient infrastructure, and equip ourselves to deal with the imminent impacts of disasters and climate change. Towards these, Ulaanbaatar has shown the Asian region the right direction.

It is for the first time that a landlocked country like Mongolia organised such a Conference in Asia. It brought together more than 50 countries, and discussed and produced both political as well as technical content. Impending issues such as the Target E of SFDRR (that is, to “Substantially increase the number of countries with national and local DRR strategies by 2020”) were discussed.

The Conference proved to be a good occasion to reaffirm what we have achieved so far and what needs to be done in future.

Q. While making the country statement at AMCDRR 2018, you mentioned about the Prime Minister's 10-point agenda on DRR outlined during AMCDRR 2016 in New Delhi? How far have we come on that?

A. The Prime Minister's 10-point agenda is relevant not only for India but for the global community. The 15-year timeline of the Sendai Framework entails that all signatory countries adopt strategies to ensure that the targets enshrined in the Framework are met. Prime Minister's focus on things such as an international coalition wherein all the stakeholders come together to work towards common goals, reaching out to people and sectors that are yet untouched, creating a resilient infrastructure and involving communities at various levels defines things on which India is making progress. Moreover, these are in complete alignment with the SFDRR.

We are well on course and are progressing in the right direction towards its objective to give a real push to the implementation of the Sendai Framework.

Q. You also spoke about the setting up of a national-level disaster database by 2020. How will such a database help our people? What are the challenges involved in creating this database and ensuring its accuracy? 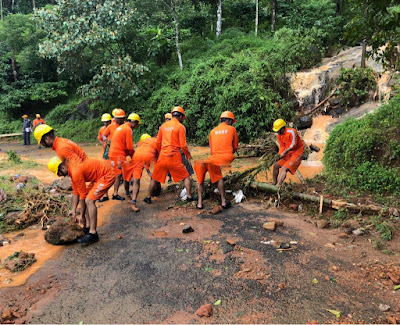 A. Unlike the Hyogo Framework for Action (2005-2015), the Sendai Framework commits its signatories to outcomes – there are seven targets out of which four are loss reduction targets – and our success in 2030 will be determined by the reduction in mortality, economic losses, number of people affected and infrastructure losses. So, to be able to measure our progress, we need a baseline. This baseline can only be created if we have data. This need for a baseline is implicit in the framing of the SFDRR, which in turn makes creating a national disaster database essential.

Currently, we focus only on the big disasters, which make national or international headlines; however, there are several small or medium scale disasters which happen very frequently. The cumulative impact of these disasters is quite significant, and at times, it can even be greater than that of a major disaster. It is extremely important to capture these events as they can paint the story of accumulation of risk.

There are a number of challenges in creating such a database. There is a need for retrospective data for accurate trend analysis, but the past data may be uneven and unreliable. So, a major challenge is how to construct or capture historical data across the country so that we not only have a baseline but are able to see the trends.

Secondly, there is the challenge of attribution. Some disasters are linked with the primary event causing a number of secondary events. Of these, which event should a particular loss be attributed to remains a big challenge.

For some disasters, there is also the challenge of the cut-off point at which it is to be decided that the data for a certain event is final. For example, for a particular flood event, the losses increase progressively. So, to decide that point at which the loss numbers are finalised is a difficult thing to do.

However, these are not insurmountable challenges and can be addressed.

Q. In a disaster situation, lives, livelihoods, restoration of public infrastructure and essential services take centre stage and aspects of cultural heritage take a backseat. How is India strengthening the capacity of its museums and heritage sites to deal with disasters? 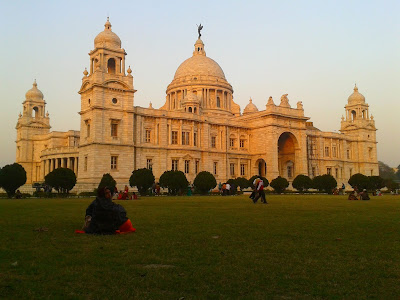 A. The Government of India has issued two guidelines - Guidelines on Museums and Guidelines on Cultural Heritage Sites and Precincts. The key is to look at heritage not just as something sentimental but also as something which is closely linked to people’s lives livelihoods and culture.

There is an economic angle as well – say, if a cultural heritage entity is affected by a disaster, it will translate into loss of jobs and livelihood besides the loss to the asset itself and the amount of money it would take to restore it. As our social fabric is woven around our cultural heritage with people living in, out or around the cultural heritage sites, we need to look at heritage and resilience in an integrated, holistic way.

Q. “Leave no one behind” is the cornerstone of the 2030 Agenda for Sustainable Development. How do we plan to ensure inclusiveness in DRR?

A. The most affected people in a disaster situation are the weaker and the most
vulnerable sections of society - poor, women, children, disabled. We need to build leadership at the ground level and empower the poorer sections of society. Once we achieve that, we can say that whole of society - the entire country - is disaster-resilient.
We are moving well towards our target but we have to ensure that we move along with every section of society, especially the most vulnerable.

Our Prime Minister's 10-point agenda also touches upon this concept. In fact, two points – the one on women’s leadership and not just partnership or participation, and the one propounding focus at the local level – have the spirit of “Leave no one behind”.

Q. What are India's challenges and opportunities in making its infrastructure disaster resilient? Please also briefly explain the proposed international coalition on the same. 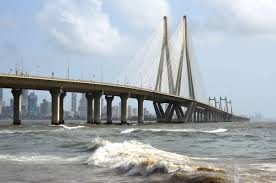 A. In India, the rate at which the infrastructure is growing is very rapid. We are not only building new infrastructure – airports, highways, ports, etc. – but also adding to the existing infrastructure. Our power generation capacity is expected to double in the next 15 years; by then, our national highways might be one-and-a-half times their length today. The sheer scale at which our infrastructure is growing - how to keep up with the pace and at the same time, ensure that these take disaster resilience considerations into account, is a huge challenge.

Secondly, there is a need for taking a systemic look at risk as opposed to taking up each infrastructure project in isolation. For example, we may build a road and ensure that it is safe from floods but some inadequacy in its design might cause flooding downstream.

Other challenges include the need to have better systems of assessing and understanding risks, financing that incentivises investment in resilience and swift recovery from disasters.

As far as the coalition is concerned, we want to work together with other countries and stakeholders towards DRR. This is also outlined in the Prime Minister’s 10-point agenda. This will help create a platform which will generate knowledge in this area and help both developed and developing countries. This is also because global infrastructure systems are interconnected and the resilience of any infrastructure is as good as its weakest link in any part of the world.

Q. Coherence among SFDRR, SDGs and COP21 is vital for reducing the existing risks, reducing the creation of future and new risks. How far have we come on achieving this coherence?

A. Some of the targets under the Sustainable Development Goals (SDGs) are closely aligned with the Sendai Framework. We have made sure that there is an alignment between the disaster-related elements of SDGs and what is enshrined in the SFDRR. National Disaster Management Authority (NDMA) has been working very closely with NITI Aayog in this direction.

Q. How do you see India on the global DRR stage?

A. We have almost all kinds of disasters - from floods to droughts, earthquakes, tsunami, cyclone, landslides, thunderstorms, and cloudbursts, etc. - that occur on our planet. We have one of the highest populations in the world. Along with China, we are roughly about two-fifths of humanity. If India fails, the globe will fail. If India succeeds, it is a global success. India matters because of the sheer size of the country. Moreover, the intensity and impact of disasters are very high in the Asia-Pacific. India, therefore, has to take a leadership role and develop a strong political intent and a favourable system which aids DRR; there is no other option.

The government has taken a very pro-active role towards DRR. Ministry of Home Affairs (MHA), the nodal Ministry for Disaster Management, is taking all possible steps to ensure disaster risk reduction.

NDMA, the apex disaster management body in the country, is taking a lead role in coordinating efforts among all stakeholders at all levels of government. It is guiding the vision and lending support to all stakeholders to work towards common goals. NDMA has also prepared India's National Disaster Management Plan, which was launched by the Prime Minister in 2016.  India became one of the first countries in the world to align its national plan with the four priority themes of the Sendai Framework.