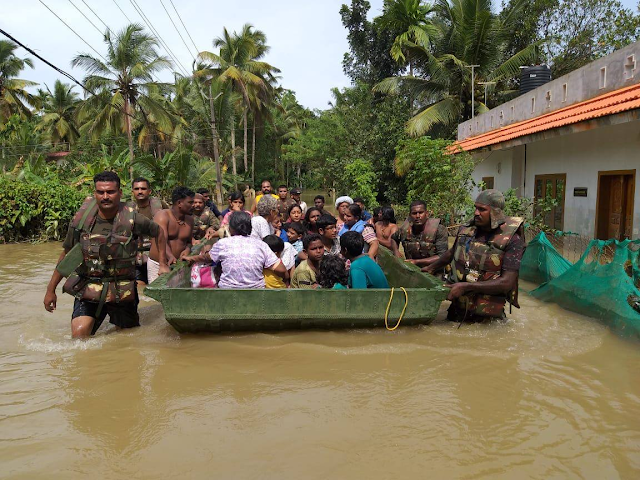 More than 54 lakh people were affected across all the 14 districts of the State. Chief Minister Shri Pinarayi Vijayan described the situation as unprecedented. There was no time to lose. While the State machinery was working 24X7 to mitigate the impact of the disaster, the Centre too left no stone unturned to bring respite to its people in Kerala. 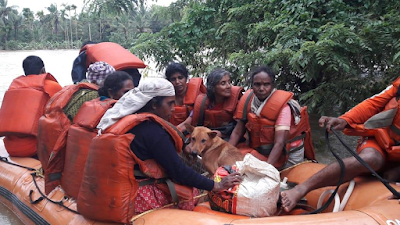 On August 18, 2018, Prime Minister Shri Narendra Modi conducted an aerial survey of the flooding situation, lauded the people for their fighting spirit and promised continued support from the Centre. He announced a financial assistance of Rs. 500 crores to the State in addition to the 100 crores announced by the Union Minister of Home Affairs. This is just advance assistance and the Centre would release additional funds once the assessment of damages is completed as per procedure.

Besides, the Prime Minister also announced an ex-gratia of Rs. 2 lakhs per person to the next of kin of the deceased and Rs. 50,000 to those seriously injured from the PM’s National Relief Funds (PMNRF).

Meanwhile, on the directions of the Prime Minister, the National Crisis Management Committee (NCMC) held regular meetings beginning August 16, 2018 to take stock of the situation, preparedness, rescue and relief operations and directed that immediate and continued assistance be provided to Kerala to meet this crisis.

As the rains stopped and water receded, the State witnessed a spurt in communicable diseases. Given the exigency of the circumstances, the Union Ministry of Health and Family Welfare relaxed norms to ensure that all the needed support and assistance - doctors, public health teams comprising  Public Health specialists, microbiologists and an entomologists, emergency medicines, sanitary napkins, chlorine tablets, Doxycycline tablets given the increase in the number of cases of Leptospirosis - is made available.

As Kerala moves beyond initial rescue and relief, the needs on the ground have changed. The quicker the State restores essential services and rebuilds itself, the quicker the people will be put on the path of recovery. Needless to add, all of us should strive to leverage this opportunity so that Kerala is built back better and the risk of losses from similar floods in the future is avoided.