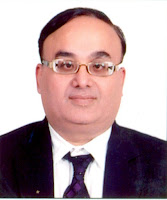 Civil Defence is considered to be an asset for disaster response at the community level as well as for the capacity building of communities. In its efforts towards its further strengthening, NDMA organised a one-day conference on the subject in May 2018.  To understand the role and functioning of Civil Defence in India, Aapda Samvaad spoke with Shri Anil K. Malik, Additional Chief Warden, Delhi Civil Defence.

Q. Please explain the structure and role of Civil Defence in India in brief.

A. Civil Defence in India is primarily organised on voluntary basis except for a small nucleus of paid staff and establishment which is augmented during emergencies. The organisation is headed by the Director General, Fire Services, Civil Defence and Home Guards. He is assisted by a battery of staff under all the three heads.
Civil Defence is meant to deal with immediate emergency conditions, save lives, minimise damage to infrastructure, protect the public, restore vital services and facilities that have been destroyed or damaged by disaster and keep up the morale of the masses. Earlier, it was meant to ensure civil protection during a war. However, over the years, its role has shifted from management of damage against conventional wars to also include threat perceptions against both natural as well as man-made disasters.

Q. What role can it play in disaster management in India? 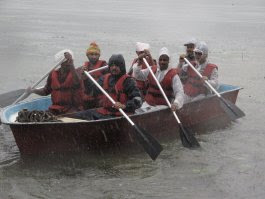 A. The amendment in the Civil Defence Act in 2010 paved the way for utilisation of Civil Defence in Disaster Management in the country. The National Policy on Disaster Management 2009 and the National Disaster Management Plan 2016 also envisage capacity building of Civil Defence personnel.
An ever-increasing threat from natural and man-made disasters means an even greater responsibility on the part of Civil Defence. It can assist in evacuation, search and rescue operations, providing first aid, distribution of relief material, smooth management of traffic, spreading official information and warnings, etc. during and after a disaster.
In addition to rescue, relief and rehabilitation, it can play a stellar role in the field of community capacity building and public awareness in addition to rescue, relief and rehabilitation.
During normal times too, it can take a leading role in spreading awareness among the masses by educating and training schoolchildren, youths as well as community members. It can also play a role in sensitising government officials about Civil Defence functions and their role in a disaster situation. It can also use this time to build its own capacity by upgrading the skills of its volunteers.

Q.  How can we motivate youths to join civil defence? 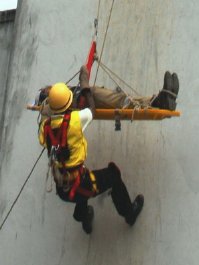 A. Being a community-based voluntary organization, the success of Civil Defence depends on what it gets from the public at large. It is, therefore, necessary to generate and sustain public interest in Civil Defence through adequate public awareness measures, registration drives, etc. The more people know about Civil Defence and the recognition and prestige that comes it, the more they would be motivated to join.

Q. How can the efficiency of our civil defence be improved?

A. Regular activity, in terms of training, mock drills and exercises, coupled with adequate public awareness measures city will go a long way in improving the efficiency of our civil defence. Also, aligning them with the local police station, fire services and hospitals to help them get a first-hand experience in handling emergency situations will help improve their efficiency. This will prepare them to respond better during disaster situations.

Q. Which countries have a commendable civil defence system in place?

A. Many countries around the world have an enviable civil defence system in place. There's a lot to learn from the Civil Defence set-ups in Singapore, Australia, the United Kingdom and Russia.

The Singapore Civil Defence Force (SCDF) boasts of a huge number of volunteers who are trained in various skills and swiftly provide their services in case of a disaster. SCDF also conducts emergency preparedness programmes for generating mass awareness.
Emergency Management Australia (EMA) is an example of a community-based system with a large reach in a big country. EMA focuses on recruiting and training volunteers, who are also periodically recognised by the government.
Similarly, the civil defence set up in the United Kingdom and Russia do exemplary work in supplementing governmental efforts in disaster situations. 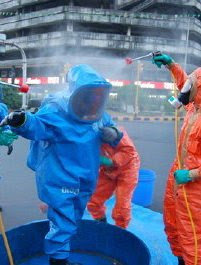 Q. What were the takeaways from the workshop conducted by NDMA?

A. This workshop served as a platform to exchange best practices and lessons learnt from each other. For example, the representative from Madhya Pradesh informed that the State has created a digital recognition system to authenticate the identity of civil defence volunteers. In case of an emergency, an automated SMS alert is sent to the volunteers in that area. Now, Delhi is also contemplating developing such a system.

Such workshops also motivate us and keep the tempo going.