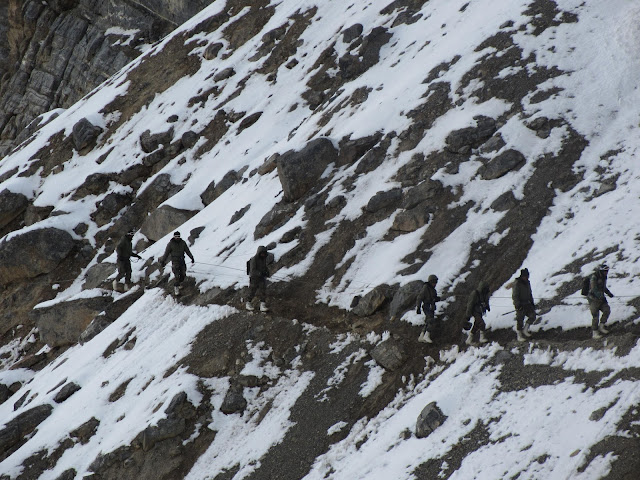 One of the most common hazards in the young Himalayan belt is landslides, which block rivers and roads, cause damage to infrastructure and may result in loss of human lives. One such landslide occurred near the Phuktal river probably on December 31, 2014 about 90 km from Padum in Kargil district of Jammu & Kashmir. The landslide, which blocked the course of river Phuktal, built a massive landslide dam lake of along the river’s length – approximately 15 km long submerging nearly 270 hectares of land – posing a great threat to life, property and infrastructure, especially the Nimmo Bazgo dam, in case of a sudden breach.

Noticing a sudden decrease in the flow of water, the district administration conducted an aerial survey on January 18, 2015 and confirmed a blockage across Phutkal. A technical committee was formed to study the blockage and the situation was reported to the National Disaster Management Authority for further action. 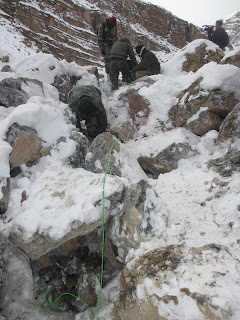 Meanwhile, the district administration prepared a list of all hamlets, families, infrastructure and alternative rehabilitation sites in case the natural dam breaks. Control rooms were established in Kargil, Leh, Padum, Phuktal, Alchi and Chilling by the first week of February, 2015. 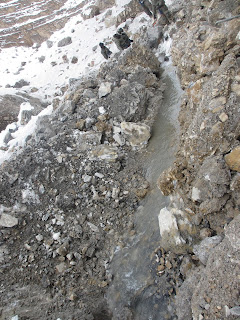 On the basis of the observations made by the experts, an action plan was presented before the National Crisis Management Committee. It aimed at creating a trench either manually and/or by using low explosives or low intensity air shelling so that the current yield as well as stored water behind the blockage is cleared. To aid the process, CWC provided information on approximate volume of impounded water, likely additional rise in river water at various locations and corresponding travel time in case of sudden breach of the landslide dam. It also installed Automatic Water Level Recorder (AWLR) to monitor the river water level on a regular basis.

The team proposed a revised action plan the next day for controlled breaching with adequate safeguards. Soldiers of Ladakh Scouts under the supervision of officers of 70 Engineers constructed a 1.2 km long footpath and installed a safety rope from the camp base to the landslide location. 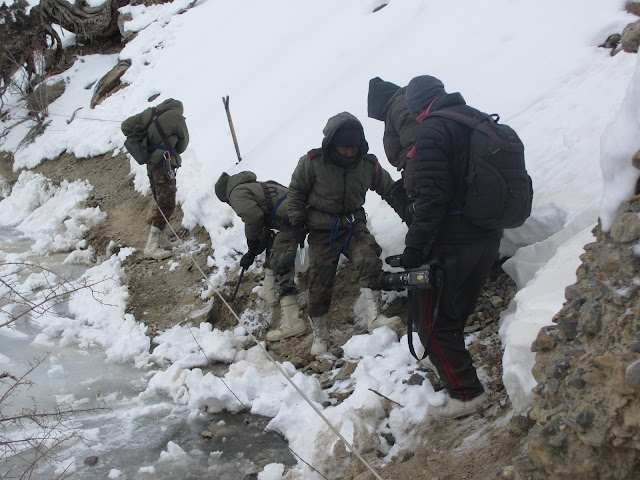 On March 12, 2015, the NDMA team inspected the landslide dam and identified the least resistant path for water flow for blasting and excavation. After continuous attempts using a variety of tools and techniques, the proposed trench was finally created on 16th March, 2015. The blasted boulders were removed manually and the 2m×1.5m, approx. 100 m long trench was completed for controlled release of impounded water. Small humps, which were impeding the water flow, were removed using crow bars. The finer particles of debris in the channel were gradually washed out and the size of the channel increased resulting in slow but sure breaching of the landslide dam.


A major disaster-in-waiting was thus averted with coordination and cooperation from all the involved agencies.

"We later developed a Standard Operating Procedure (SOP) on Averting Threats Emanating from Landslide Dams on Rivers in Mountainous Regions and circulated the same to all the hill States and concerned stakeholders," said Shri Sindhu, Joint Advisor (Operations), NDMA, who was a part of the team that handled Operation Phuktal.