The Cyclone Ockhi, which struck the coast of India in November 2017, has generated a lot of curiosity. To know more about cyclones, Aapda Samvaad spoke with Dr. Mrutyunjay Mohapatra, who is the Head of IMD's (India Meteorological Department) Cyclone Warning Division. 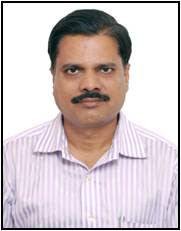 Q. What is the structure of a tropical cyclone?

A. A fully developed tropical cyclone has a cloud-free central region of calm winds, known as the “eye” of the cyclone. This eye has a diameter varying from 10 to 50 kilometres. Surrounding the eye is the 'wall cloud region', characterised by very strong winds, strong updrafts and torrential rains, which has a width of anything from 10 to 150 kilometres. The winds over this region rotate around the centre and resemble the 'coils of a snake'. As we move away from this core, the associated wind speed gradually decreases and is associated with overcast skies and an occasional squall. There may be one or more spiral bands in a cyclone with stronger winds and causing a heavy rainfall. The vertical and the horizontal extent of a cyclone is about 15-16 km (top of the tropical tropopause) and 100-1000 km, respectively.

Q. How long do they last?

Q. How many cyclones develop over the Indian region annually? Why do more cyclones occur over the Bay of Bengal than over the Arabian Sea?

Q. Is there a cyclone season in India? Which parts of the country are most vulnerable to cyclones?

A. There are two cyclone seasons in the north Indian Ocean - pre-monsoon season (April-June) and post-monsoon season (October-December). The months of May-June and October-November are known to produce cyclones of severe intensity.  Tropical cyclones that develop during the monsoon months (July to September) are generally not intense.
The eastern coast of the country is more vulnerable than the western coast. Odisha and Andhra Pradesh are the most vulnerable followed by West Bengal and Tamil Nadu and Puducherry. On the western coast, Gujarat is most vulnerable. 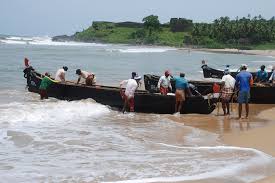 Q. Can cyclones be predicted?

A. Yes, cyclones can be predicted. A mix of various techniques and equipment (including satellite, radar, automated weather station and cyclone prediction models etc.) is used to track the formation, development, trajectory and intensity of the tropical cyclones in the north Indian Ocean.

Q. What mechanisms are used to deliver Cyclone warnings to the common man?

A. Cyclone warnings are disseminated using various forms of communication such as telephone, fax, e-mail, Short Message Services (SMSes), Global Telecommunication System (GTS), IMD website, All India Radio (AIR) and Television, among others. For the common man, these warnings/advisories are disseminated through local newspapers, community radio stations, All India Radio, Doordarshan, private radio as well as TV channels.
Warnings are also put up on IMD's dedicated website for cyclones - www.rsmcnewdelhi.imd.gov.in. Warning SMSes are also sent on mobile numbers registered by public on this website. Similar messages are also sent to fishermen and farmers through INCOIS and Kisan Portal networks respectively.
Yet another way for circulating warning messages is IVRS (Interactive Voice Response system) wherein requests for weather information and forecasts on a toll free number are automatically answered by the system.

Q. Does climate change play a role in the frequency/intensity and impact of cyclones?

A. Yes, climate change does have an impact on the frequency, intensity and impact of cyclones. However, its impact is not uniform across all the ocean basins. Over the Indian Ocean, both the frequency and intensity of cyclones have been showing a decreasing trend, though there is an increasing trend in sea surface temperature.